At the dawn of 2021, CAESTUS burst from the void, fully formed, with the first demo Nordic Luciferian Discipline. Aptly titled, CAESTUS indeed branched both the old and new, the traditional and the unconventional, with their black metal. That this new horde was born so auspiciously should not be a surprise given that members currently do time in the esteemed likes of Blood Red Fog, Odiosior, and labelmates TO CONCEAL THE HORNS.

Unshackling themselves further from the usual classic Finnish black metal sound, CAESTUS now make their full-length debut before the year's end: The Undoer's Key. Another apt title, The Undoer's Key continues CAESTUS' strive toward their own black metal sound where the old mood meets more "modern" twists. And twist it does, spanning nine songs of pure wrath where not a single note of keyboards was played this time and tremolo leads were kept to a minimum - and even then, only to serve a purpose. Thus, here you will find no artificial "atmosphere" but, rather, strong 'n' stout riffs with layered guitar patterns, prominent(ly filthy) bass, similarly storming drums, and their most violent vocals yet. Suitably, form matches content, as the album's lyrical themes cover classic anti-Christian declarations accompanied by a misanthropic warrior mentality and spitting on modern-day plagues.

Finland continues to be fertile ground for the most elite black metal around, even when some deviate from the (left-handed) path. Here do CAESTUS march, cursing and crushing their enemies on the way to The Undoer's Key! 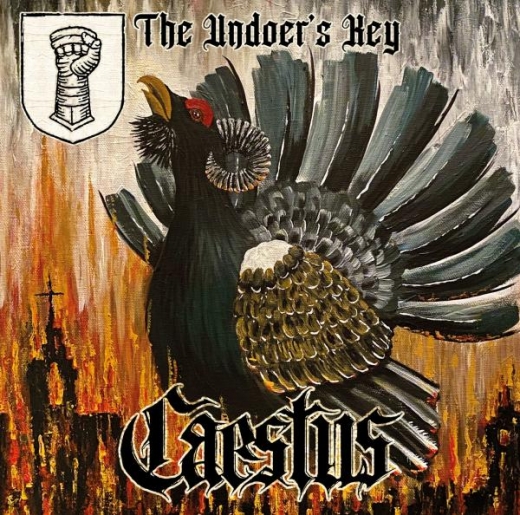 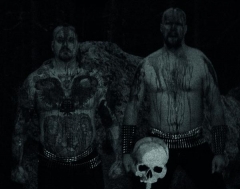