By now, MALUM should require little introduction. For nearly a decade, the band has become a veritable institution within Finland's eternally burning black metal scene. MALUM's creativity is likewise eternally burning, and in a span of eight years have they prolifically pursued their proudly traditional yet never blinkered vision. Simply put, MALUM are all-caps BLACK METAL incarnate, and they feverishly feed the darkness rather than lazily swiping from it.

In 2019, MALUM officially joined the stronghold of PURITY THROUGH FIRE, longtime fans of the band, with the widely celebrated Legion full-length. Nearly two years to the day arrives Devil's Creation, undoubtedly MALUM's most unique album to date. Whereas its predecessor (and its predecessors before that) exuded the "freezing fire" paradigmatic of classic Finnish black metal, Devil's Creation more so weaves a dark 'n' dreamy mysticism that's no less powerful and poignant. For one, an expertly mixed fog of supernatural synth largely coats their creations here, establishing a new dynamic to the favorably familiar MALUM sound. Similarly, even when the band kick into high gear - and they still do, with devastating effect - there's a clearer, more keening edge: not necessarily "clean" in the conventional sense, but almost sparkling with a bloodied majesty and most definitely with more mystery. Altogether, MALUM make Devil's Creation an authentic throwback to the ancient days of the 1990s, with their melodicism taking on a more medieval flair when set against this thrilling backdrop.

Adorned with yet another unforgettable cover courtesy of R. Ärling, MALUM continue their ascent and assure their place among the nowadays elite with Devil's Creation. 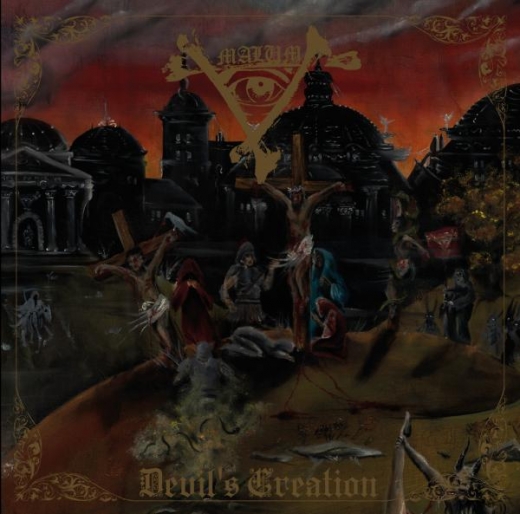