The new album „Alptraumgänger“ represents the completion of a creative period, which took place over the last years. Simultaneously, the album contains a progressing journey into the past, which consists of two individual parts. The first part contains new compositions which were recorded in the course of the year 2017 bit by bit. Stylistically the songs stand out by a stronger focus on aggression and sheer brutality, still always featuring the typical flair of SCHRAT: melodious, old-school, symphonic, icy-cold! The characteristic songwriting which already slowly developed on “Schattenwahn” and matured on “Artefakt”, rises with “Alptraumgänger” to a new level. The lyrics further amplify the impact of the compositions – Odes to the Schrat as personified revenge and annihilation as well as unleashing of the unconscious mind manifest with the musical eruptions to a nightmarish intensive atmosphere. 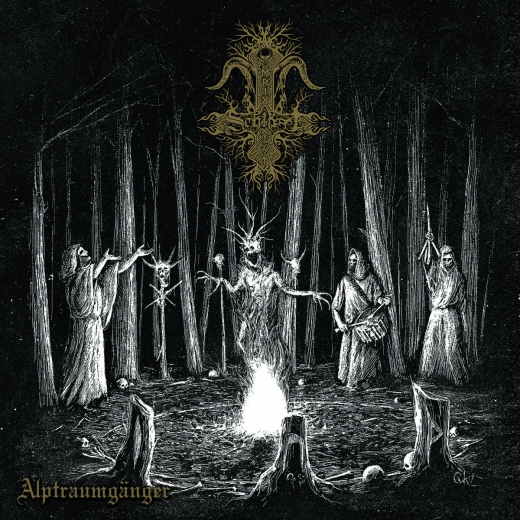